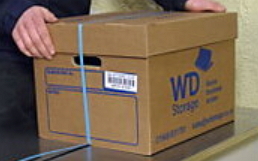 Perhaps you are retiring or entering a different venture, so you have sold your business. Now, what happens to your records? One of my clients did not keep them, and now 12 years later, he needed them.

Here are some more examples I have come across over the years.

1) Many such as courts have no holding period. If you do not have the records, their view is often fair enough that you do not have them. But the other side often then will ask the court to assume that it is reasonable to think that these records would have supported their view. Now prove that they would not.

Here my client had little proof to argue against this view. So they said it was a long time ago. They then admitted that they did not remember that much about it when questioned. Okay, here it is their word against the other side.

2) I have seen the situation occur with the ATO, where you only have to keep the records for seven (7) years. Yet, they can still sue you after this period. No figures. Well, they are happy to do estimates.

3) I have also seen a person who brought the business take the old owner to a small claims tribunal because the carpet was allegedly older than claimed. The old owner claimed they were looking at records of an old carpet they had replaced. But they had no evidence to back this up.

4)I have seen old owners taken to court because they claimed the historical business records supplied were wrong. That one was costly. I do not know how it went.

It is better to be safe than sorry when it comes to record-keeping. You never know when old business records can be helpful. It is advisable to keep all business records as long as possible.

So keep all your business data, especially your POS backup.

Worried about space, buy a heavy-duty corrugated cardboard box. Store it in a safe place, in a location protected from the weather, fire, flood, theft and other loss. In my garage at home, I have a stack of boxes.