More and more we see the need for a faster and reliable Internet network in for point of sale. The biggest problem now is that as cable TV gets more popular, retailers are reporting particularly in peak periods that their Internet slows right down so as such we are switching as much of our POS software internet for after hours.

The issue is that many of the services are critical to a business like EFTpos which also can slow down and in some occasions just cuts off in these periods. Cut EFTpos and you can cut half of most retail today. That is not to mention other services like email, which are critical for a modern business. I would argue that the Internet is now after power the more important service a retailer requires before telephone, water and gas. So you need to choose carefully.

Australia itself has a reasonable Internet service with several good players. If you are interested you can get a feel of our country status by clicking here from the state of the Internet report by Akamai which is considered the best report on this subject. 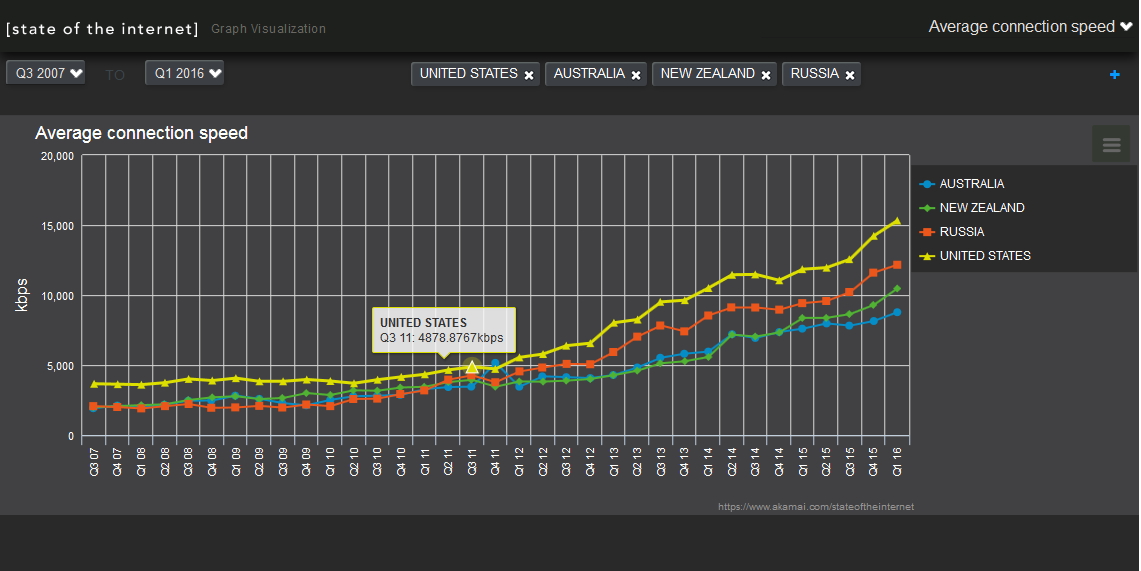 Of course, you can make many different conclusions depending on what position you hold, for example, since 2007, we have fallen behind New Zealand, but you could say that New Zealand is a small country and its not a fair comparison. You could also argue that Russia is a bigger country, the people are considerably poorer yet they are doing much better on the Internet then us. Alternatively, you could say that compared to US, we have improved relatively. So be careful before making any conclusions.

You need to consider who is going to be your Internet supplier very carefully. It's a great idea to simply walk around your proposed shop location and talk to similar business near you. That is what I did before we moved into our new office. It also gave me a great chance to introduce myself, and I learnt a lot. For example, one ISP people complained was slow in my area and that another one continuously was having network problems.

You will find its great getting a good deal, but also you need to include in the calculation the cost to your business of your customers, staff and you sitting around waiting because your Internet is slow or down.

Perhaps the most highly regarded comparison between ISPs in Australia is the Netflix, who after all monitors more Internet connections then anyone in Australia. You can click here for the latest result. June 2016 looks like this, note how quickly they can change.

From this, you can get a feel of what the overall speeds are like.

Another good site worth visiting is Aussie Outrages here which gives you a feel of how reliable. An Internet service is.

Here are some other good questions to ask.

What are the contract lengths and what happens if I break it?

What are the limits on the amount of data I can download each month and what happens if I exceed the limit? One kid in one shop costed the owner quite a bit when he used youtube nonstop for a month.

What are my speeds?

How is payment done?

Some points on business ownership change

EOFY sale, last chance to save

Customers Fraud in your Loyalty Program