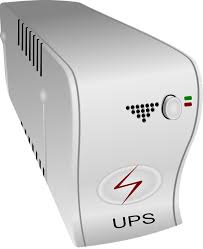 Anyone that uses computers in business should use a UPS for essential services. Many products and services include Eftpos, which need you to be connected to the internet, but there is often a lot more, e.g. the local WiFi to your phone. Annoyingly, this includes the NBN connection, which is often not the best and for which there is little that we can do.

Still, there is something that we can do, and one of them is plugging the router into a battery backup unit (UPS).

What happened to one of our clients is interesting a few days ago. They brought a UPS and plugged it into the computer and the router. A short time later, they started to smell a strong electrical fire odour. Something was burning. They traced the scent to something inside the UPS. So they decided to turn the UPS off. Then they returned the damaged unit to the shop and got their money back. So leaving them without a UPS.

Then, as sure as day follows night, the power went out for about 20 minutes a few days later. Besides everything else, they had no internet in the shop. So they pretty well lost most of their business until the power came back on. One of their staff got a problem with excessive data usage on her mobile. She was using youtube a lot then and did not realise that she was using her public mobile data.

I would suggest if you have a router to plug the router for internet to the UPS.

If this is impractical we do sell small UPS that can be linked to the router.

Windows 11 is coming, what in it for you?

See this Webinar on your End of Financial year reporting

This is the most common error we find in profit calculations.

How to prepare for your stocktake?

Your Steps to a Successful Stocktake

How to minimise this year's business tax?

Try this Decoy Price Strategy for Your Business.

What to be aware of when buying POS scanners.

Making an EOFY Sale in your marketing!