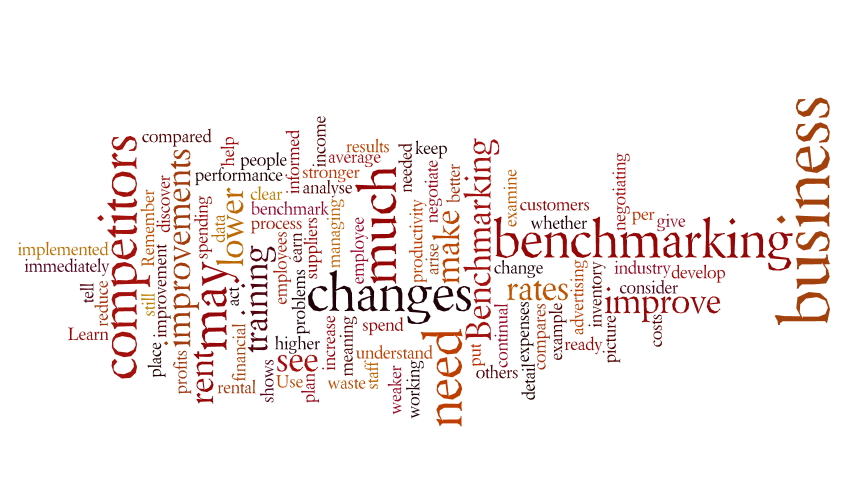 Come this time of year, and suddenly people start talking about benchmarking. Mainly its because one major main user of benchmarking is the large landlords and now is the time of year they start looking.

The problem is that most industry groups and I have noticed banks have long since given up on benchmarking. Every business is so different so the scores vary significantly so they have given up as it is not worth the work as the results are often way off. For example, a few days ago, one of my competitors released some benchmarking figures in an industry that we know very well. As many commented, those figures do not look right at all. As several noted, It is not even consistent internally. If you look at the number of sales and the basket value, it does not match the sales dollar figures result. However, this is often a typical problem in benchmarking and definitions used. What you need to take each figure by itself and not worry about how it matches with the totals.

So you take the number of sales and compare it to yours.

You take the basket size and compare it to yours.

You take the basket value and compare it to yours.

And you do not worry that when you multiply it out that it does not add up, there is probably a good reason, but it is not worth working out.

So when one of my clients called me to ask what benchmarking do we support and what do we recommend as his landlord was asking. We told him that the system we recommend is the ATO Small business benchmarks. It is an official standard and is easy to use. It is free, is backed by a massive data pool with over 1.4 million business in Australia. In contrast, I have seen commercial benchmarks based on only 30 businesses.

The method that the ATO use is public and well known to anyone with an accounting or bookkeeping background. Once your books are completed, it does not take an accountant long to produce them. If you follow the ATO explanation here, you can do it yourself.

The main problems with the ATO benchmarking are that it is extremely limited the measurements on offer, so you could not use it much for point of sale management. You are not going to get the figures. I talked about above the basket sizes, basket value, number of sales, etc. The other point is the information is about two years behind so we are in 2019/20 year and the ATO figures are mainly from 2016/17 with a large chunk, unspecified from 2017/18. Still, it is free, and it is official, so for many larger landlords, it is acceptable.  If it is not enough, well at least you have a start and learnt something so you will be able to make a better decision on the something better.

I hope this helps.

Why now, not automate the time and attendance methods?

Look at these three new label designs for your shop

How to use the location information to increase profit

REVENUE IS VANITY. PROFIT IS SANITY. CASH FLOW IS REALITY.

How to tie a Professional ribbon bow!

Do people know that you are open for business?

How to set up your software For better Debt Collection

Here is a mistake people make when issuing stamps

How To Find Your Slow And Dead Stock In The Shop